Computer and manual simulations are complementary. Each does some things well, and some poorly (or not at all). This complementary approach using both manual and computer sims is described in detail here. The key concept was for RCAT to ‘estimate’ (model) kinetic and non-kinetic events for the following day so that kinetic outcome parameters could be given to the ABACUS real-time computer sim operators and the likely consequences of player decisions and combat could be pre-considered, scripted and injected in real time the next day in a coordinated manner (using Exonaut, an exercise management tool).

ABACUS crashed one lunchtime during the execution phase of Ex IRON RESOLVE 15, retaining only the ability to move icons and hence sTimulate the Training Audience Common Operations Picture (COP). While not suggesting that a manual simulation can entirely replace a computer sim on such large-scale exercises with a distributed COP, RCAT did take over from ABACUS to drive all exercise activity in near real-time until the computer sim was operational again the next morning. A simple process was quickly devised to enable this.

The RCAT ‘next day’ wargame usually considered events for the following 24 hour period. The non-kinetic and geo-strategic ‘wrap around’ already devised remained valid for the time period during which ABACUS was down. ‘All’ we had to do was determine the kinetic combat outcomes. We did this by breaking the overall period into bite-sized ‘pulses’ of 2 hours each and wargamed each pulse about 30 minutes before it occurred in real time. 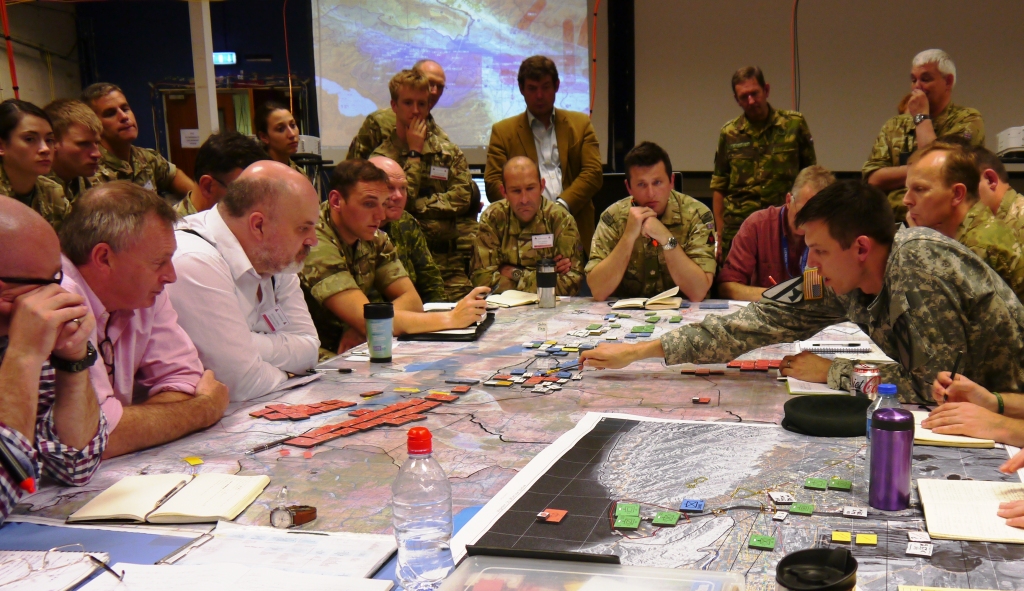 Using RCAT’s Operational Analysis (OA) functionality, we determined the most likely combat results plus the best and worst cases to give a spread of outcomes for the pulse. The Game Controller either accepted the most likely results or moderated these within the best and worst case parameters to suit the exercise requirement. The selected outcomes were then collaboratively scripted between the various cells (Red, Orange, White etc) and the relevant Blue Locons. This script therefore produced a series of inject serials sent from the relevant Blue Locon – supplemented by Hicon and flanks as necessary – to the Training Audience at the agreed real time at which the event(s) occurred. Icons were moved as necessary on ABACUS to reflect movement.

The process for each 2-hour pulse consideration was:

Within the 2-hour real-time pulse period Locons then:

This was so simple that it took maybe 10 minutes to devise the process, 20 minutes to run the first pulse and about 10 minutes per pulse thereafter. The Training Audience were not even aware of the change in simulations driving the exercise.

It is worth reiterating that there is no suggestion here that manual sims can or should wholly replace computer sims. Each can do things that the other cannot. However, there is an inescapable conclusion that manual simulations remain just as capable of running large-scale exercise as they always were ‘back in the day’. They need to be supported by a computer sim with a COP function, but this can have far less (expensive) capability than those currently assumed to be essential to run exercises.

All we did was revert to a process that has existed for decades but seems to have been forgotten within the training community. The above example shows how simple such a reversionary mode is and, perhaps, raises a question regarding the assumption that fully capable computer sims are essential to run exercises. See below for the HQ 3 Div Game Controller comments.

“When ABACUS had a temporary failure RCAT was used to coordinate all EXCON feeds into the training audience. This was done in 2 hour chunks of time and I believe that, whilst not as dynamic as a computer simulation, it did generate outcomes to cover what was probably one of the most challenging period of the exercise (for example a massed artillery attack on the training audience, an event based on current lessons from the Ukraine conflict). Perhaps RCAT could, at the higher formation CPX level, be used to do more than set parameters for a computer simulation and take more of an active role in driving LOCON/adversary interaction?”

“RCAT allows parameters, based on OA, to be set for all LOCONs/EXCON cells so that computer simulation tools (namely ABACUS), which can sometimes give undesired outcomes, can be kept on track to deliver CTOs and not derail a higher formation CPX by destroying entire battlegroups in minutes. For this function the RCAT team are critical in providing the analysis.”

“RCAT was fundamental to exercise delivery as it provided the central EXCON control mechanism for DYNAMICALLY coordinating all synthetic wrap activity. Injects are inserted at the appropriate time/space (not predetermined by a fixed MEL/MIL), they can be used to reward success, and punish failures, of the training audience. As all EXCON SMEs are present it ensures all injects are collaborative and the 2nd and 3rd order consequences are considered.”

“RCAT provides the best vehicle for considering wider exercise injects (civ/mil, local governance, humanitarian assistance, etc) to be incorporated into the exercise, as these cannot easily be simulated using computer based tools. It also allows SMEs to consider the consequences of the training audience actions and feed the potential outcomes into the next wargame.” 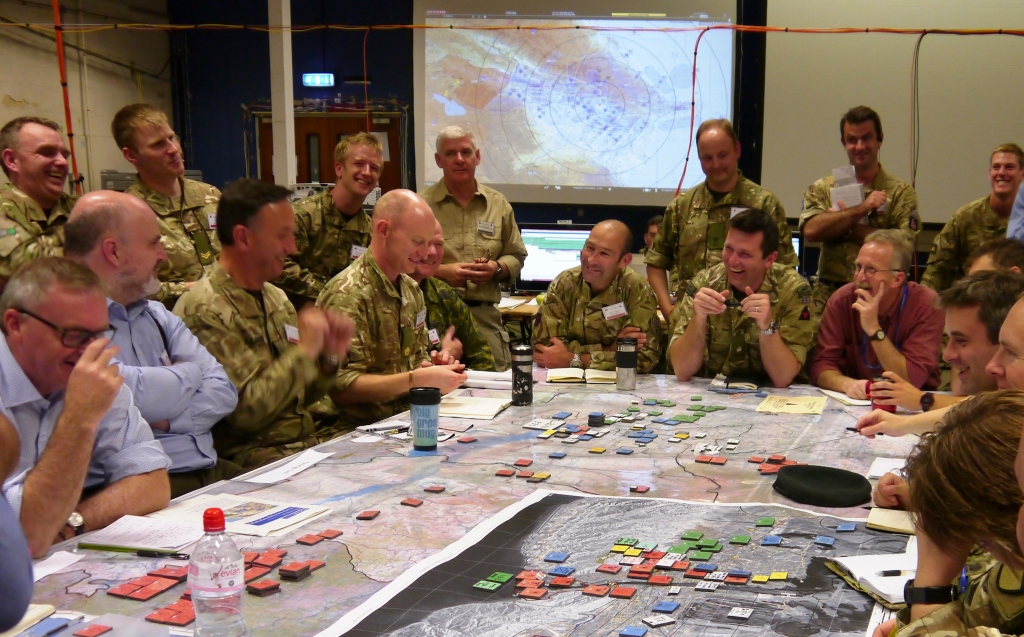